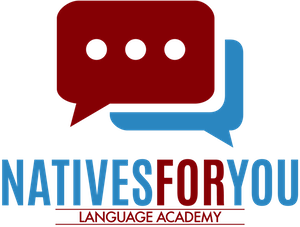 Why do people really learn languages? We conducted a survey to find out. Some of the answers may surprise you.

There are as many different answers to this question as there are language learners. So Babbel decided to conduct a survey to start narrowing it down a bit. Over 5,000 Babbel users in six countries took part – in France, Germany, the UK, Spain, Italy, and the USA. They were asked about their motivations to learn a language and their learning patterns.

When answering why they chose to learn a language, respondents were able to select up to three reasons out of nine. It’s no surprise that 53% of respondents want to communicate better when traveling or that 46% are simply interested in the language. What’s more surprising is that, for 35% of respondents, one of their main three reasons is to keep mentally fit.

Interest in language learning as brain training has drastically increased since recent studies showed that speaking a second language improves cognitive function and listening skills, and may delay the onset of dementia in old age.

And here are the averages for all nine possible answers, combining the input from all six countries:

Italians and Germans are the most likely to learn a language for their job, both coming in at 23%; while the Spanish are close behind with 19%. When combined with the answer “for my job search” (not pictured), those numbers jump to 34%, 32% and 30% respectively.

The Germans, French and Brits are the most concerned with being able to communicate better when traveling. Learners in France are more likely than those in other countries to learn a language for the sake of their family or partner, while the Germans and Americans are the most likely to pick up a language simply because they are interested in it.

This highlights just how intertwined ancestry and identity are in the States. Many American families have only been "American" for a few generations so identification with the "old country" is still strong. However, because the rate of assimilation is so high in the US, most families shift entirely to English within two generations – leaving third and fourth generation Americans with a longing to reconnect to not-so-distant roots via the language of their ancestors.

Heritage is much less of a factor with European language learners, despite the fact that many of them have similar migrant backgrounds.

Learners under 18 are more likely to learn a language out of simple interest than for any other reason. They are also more likely to learn a language in order to better understand their roots than any other age group (although the figure is meager compared to interest in the language). Learners over 70 are the most likely to be learning a language in order to keep mentally fit, a reason that seems to grow in importance as age increases. The rest of the factors don’t vary wildly across the age groups, but 18 – 44 year-olds are the most concerned with learning a language for work, either for their job search or for the position they are already in.

Do you speak more than one language? Are you currently learning a language or thinking about starting? If so, what was/is/would be your motivation? Let us know in the comments.

Have your own reason to learn a new language?